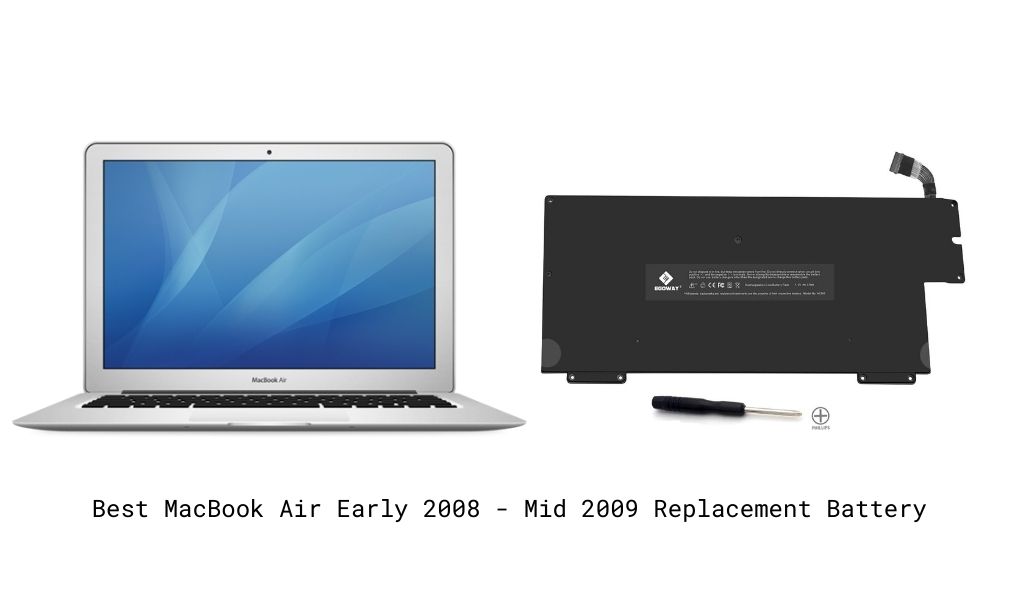 If your laptop is losing its original power and you want to upgrade its battery, make sure to replace the battery instead of buying a completely new system! A replacement battery has the power to make your laptop better than new with high-performance, quality charging, and usage longevity. It offers every battery upgrade criteria necessary for your MacBook Air Early 2008 - Mid 2009 as these batteries are designed to meet and exceed the original specifications. Watch more videos, listen to more music, play more games, and even get more work done with your new high-capacity replacement battery!

The MacBook Air Early 2008 - Mid 2009 monitors the battery health and condition and lets you know when it is time to repair, change, or replace it.

The NewerTech NuPower Battery For MacBook Air 2008-2009 offers a long run time due to its built to last composition. This makes the perfect replacement as the battery is engineered to be compatible and fit your laptop with applicable OEM sleep and power reduction modes. The battery features RoHS certification for environmentally responsible features such as lead, PBBs, mercury, and PBDE free composition. A powerful battery replacement, the NewerTech NuPower Battery For MacBook Air 2008-2009 allows you to upgrade your battery and get longevity.

The E EGOWAY Replacement Battery for Early/Late 2008 Mid 2009 MacBook Air 13 inch is a 37Wh and 5100mAh Li-Polymer one that also comes with a free screwdriver. This is a completely new replacement battery that provides high-performance as well as over-charging and discharging circuit protection. It is also CE-/FCC-/RoHS Certified for safety and regulates power without problems. Get18 Months Warranty with 30 days money return guarantee as well.