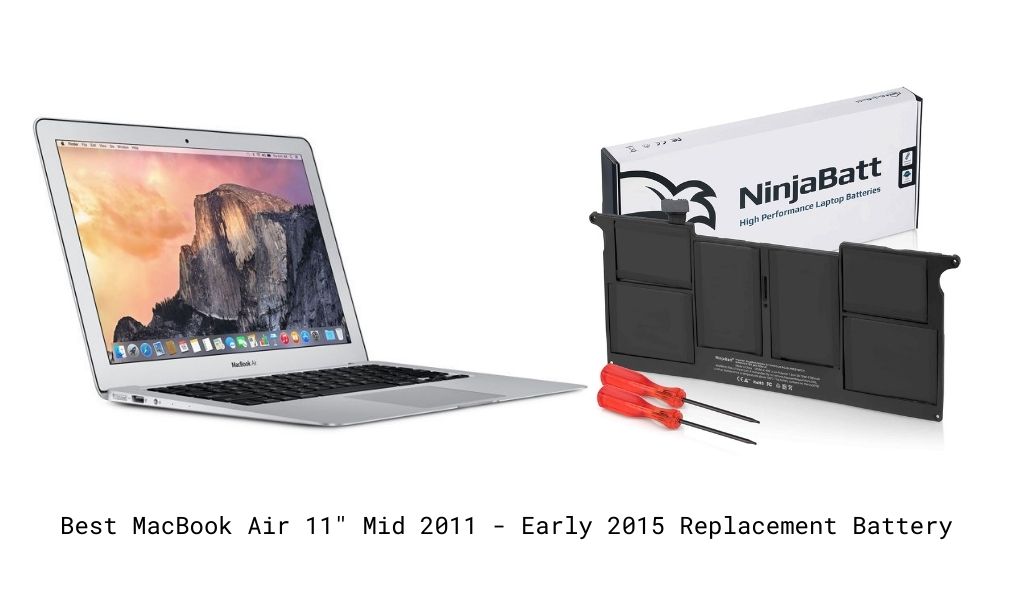 Make sure to replace your MacBook Air 11" Mid 2011 - Early 2015 battery when you see its life getting shorter. Changing the battery and not the whole laptop is much more cost-effective and allows you to use your system for much longer. There are several options for replacing the MacBook Air 11" Mid 2011 - Early 2015 battery that are available online. We’ve rounded up the best options to help you carry out the replacement easily and on your own. Read the instructions below for help.

The MacBook Air 11" Mid 2011 - Early 2015 monitors the health of your battery on its own and lets you know when it is time to repair, change, or replace it to ensure better usage of your laptop. 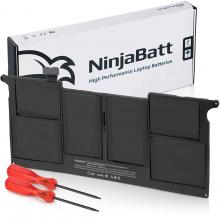 The NinjaBatt Battery for Apple MacBook Air 11" Mid 2011 - Early 2015 is a premium and high-quality replacement battery that is perfect to bring your laptop back to life. Use it with full capacity with this Li-po battery that is rated at 39wH/7.6V. It is created using high-quality materials as well as top-grade battery cells and has all the necessary safety features required for keeping your laptop and new battery working well. The battery is tested under strict guidelines to meet OEM specifications. Get up to 500 charging cycles and a 12-month warranty. 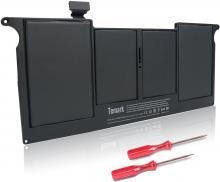 The Temark New A1495 A1406 Laptop Battery for MacBook Air 11'' is compatible with models A1465 and A1370. This is a Li-Polymer replacement battery with a capacity of 39Wh and voltage of 7.6V. It is a high-performance battery that comes with grade A cells for fast charging and lower power consumption than others. It also provides built-in circuit protection for safety, stability, and longer use. Get up to 1000 charge cycles with this brand new product and also get two free screwdrivers with this package as well. 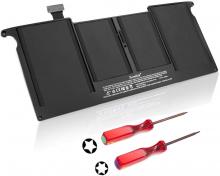 The Puredick A1406 A1370 A1465 Battery for MacBook Air 11 inch is a brand new product that offers long-lasting usage and safe charging features. It comes with two free screwdrivers to do the replacement by yourself. This is a Li-Polymer replacement battery with a capacity of 38Wh and voltage of 7.6V.

Step 1 -
Shutdown and unplug the MacBook Air. Make sure you are working on a soft static-free surface. Now, close your Macbook and flip it over.
Step 2 -
At the bottom, you will see ten screws to remove using a Pentalobe screwdriver. The two center screws along the hinge edge are longer than the rest so remove those first.
Step 3 -
Lift the bottom cover off but there's a snap in the center so you will have to pull a bit to detach it.
Step 4 -
You will see the battery connector that has to be carefully detached and removed.
Step 5 -
Next, there are five screws holding the battery in its place that need to be removed. Start with the three in the back and center that are longer and then move to the two shorter ones near the front.
Step 6 -
Now all you need to do is lift the battery out of its place and replace it with the new one. Make sure it is laying flat and perfectly in place. Carry out the steps in reverse order to put back your laptop and start using it again.